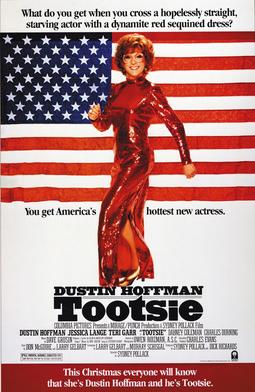 “What do you get when you cross a hopelessly straight, starving actor with a dynamite red sequined dress?”
At the time, the highest-grossing comedy of all time (well in excess of $200,000,000 in 1982/83) and still regarded as one of the great movies of all time, Tootsie earned 10 Academy Award nominations including Best Picture for Richards and Sydney Pollack. Dustin Hoffman plays an unemployed actor with a reputation for being difficult who disguises himself as a woman to get a role in a soap opera. Richards first purchased the screenplay in 1977 and spent 2 years developing it before bringing in Hoffman. After two full rounds of every studio passing on it, Frank Price at Columbia made the deal and gave it the green light. Richards and Pollack received Golden Globe Awards for Best Picture. 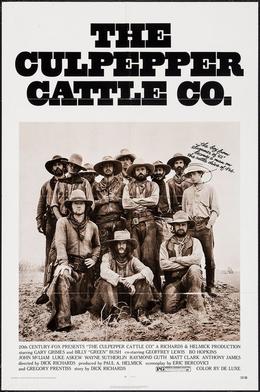 “A boy becomes a man on a cattle drive from Texas to Colorado.”
For his directorial debut, Richards crafted a gritty, visually-arresting story that centered on the coming of age of a young cowboy. This classic western earned several awards including at the San Sebastian film festival where Richards was celebrated by the one of his favorite directors, Howard Hawks, who awarded him the best film of the festival. 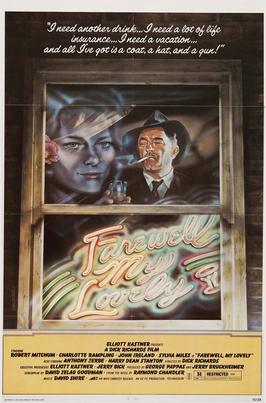 “I need another drink. I need a lot of life insurance. I need a vacation. And all I’ve got is a coat, a hat and a gun.”
Robert Mitchum plays detective Philip Marlowe, Raymond Chandler’s iconic character. Set in Los Angeles, 1941, against a seamy backdrop of police corruption, cheap hotel rooms, gambling and jewel trafficking, Marlowe is shot, drugged and beaten as he struggles to find the lost love of a misguided convict. Arguably Raymond Chandler’s best book, Richards’ film adaptation is regarded as one of the best film noirs of the 1970’s. And Mitchum’s Philip Marlowe is one of the best performances in his illustrious career. 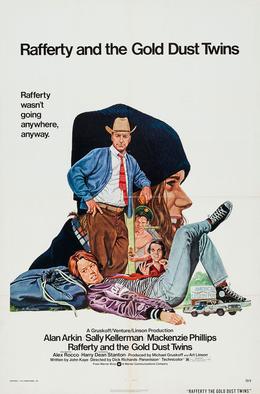 Rafferty and the Gold Dust Twins

“Rafferty wasn’t going anywhere anyway.”
In this road comedy, Richards tells the story of a hapless driving instructor played by Alan Arkin who is car-jacked by two crazy girls trying to get to New Orleans. Their adventure takes them on a road trip through Las Vegas and winding up in Tuscon, Arizona. 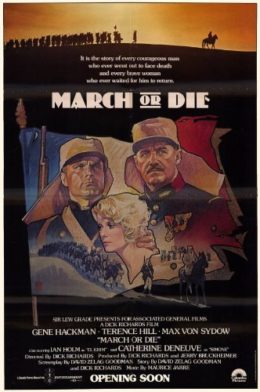 “”If the desert doesn’t get you, the Arabs will. If the Arabs don’t get you, the Legion will. And if the Legion doesn’t get you, I will.”
With a cast of thousands, this classic French Foreign Legion epic takes place in 1920’s Paris and Morocco as Gene Hackman’s Major Foster leads a force assigned to defending an archeological dig against El Krim, the fearsome leader of the Bedouin tribes committed to driving the French out of Morocco. Legendary Catherine Deneuve is Hackman’s love interest who drives a wedge between him and one of his key men. This was a grueling production during which shooting was interrupted for several weeks after Hackman was involved in an accident with a horse. The film was a blockbuster in Europe. 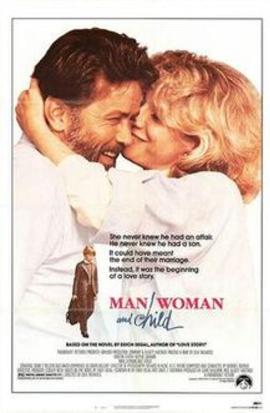 Based on Erich Segal’s bestseller and written for the screen by Segal (Love Story) and David Zelag Goodman, this family drama brought Richards back to his roots as a storyteller and actor’s director. Martin Sheen and Blythe Danner both turned in memorable performances as a couple who have to deal with the trio of circumstances that Sheen’s character had an affair 10 years prior and a son was conceived whose mother has now passed away. Sheen and Danner’s family, including two daughters of their own decide to welcome the boy into their home. This film follows the family’s journey through the complex emotions that ensue when Sheen’s incredibly likeable 10 year old French son enters their household. 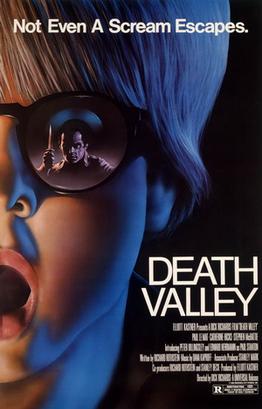 “Not even a scream escapes”
A nice family roadtrips through Death Valley and runs afoul of a local serial killer. Wilford Brimley is the local sheriff and “Messy Marvin” himself, Peter Billingsley, is the little boy being terrorized by the killer. Catherine Hicks is Billingsley’s character’s mom and Paul LeMat plays her well-meaning boyfriend. This classic horror movie helped move the genre from its campy 70’s era into a more sophisticated style. Even the film was largely looked over domestically, it played to large audiences throughout the Far East. This also marked the beginning of a longtime collaboration between Richards and Brimley. 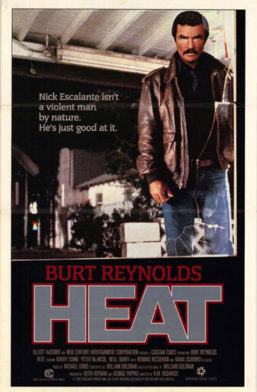 “Nick Escalante isn’t a violent man by nature. He’s just good at it.”
The New York Times wrote “So you think Charles Bronson is the most lethal object on two feet? That’s because you haven’t seen Heat.” In a nod to Richards’ classic Chandler film noir, Farewell My Lovely, the Chicago Tribune wrote “… a picture of battered virtue that Raymond Chandler might well have admired.” Written by William Goldman based on his own novel, Heat shows Reynolds crossing lines from a private eye to a vigilante who could use a good dose of therapy (for his various ailments, including gambling). There are plans for a remake starring Jason Statham.